This old man — he played one, he played knick-knack on my thumb.

This old man, my old man, my man, is a long haul truck­er. Here last week, gone this week. Back the week after.

Knick-knack, paddy-whack give a dog a bone.

I’m singing to the big old hound lying on the kitchen lino. Use­less thing. All sag­gy skin and knob­bly joints any­more. Snuf­flin’ in his sleep after rab­bits he’s nev­er caught. My old man sings that Elvis song to him. Says it’s because Booger is my dog, ain’t no friend of his. Which is why Booger sleeps on his side of the bed when he’s home? I don’t think so. END_OF_DOCUMENT_TOKEN_TO_BE_REPLACED

Once upon a time there was a lit­tle boy who had both a dog and a monster.

This boy spent his sum­mer days with the dog trav­el­ing out with him in the morn­ing and return­ing each after­noon in the hottest part of the day to cool in the shade of the back porch with the glass of lemon­ade pro­vid­ed by the woman known to the adults as The Girl and to the boy as Maya. Maya was unique among the Girls of the neigh­bor­hood in that she agreed with her boy on two sub­jects. One, that the grey dog, called Roy, was the best dog in the neigh­bor­hood and deserved his spot at the north end of the boy’s bed every night. Two, that the mon­ster that took its days in the cool dirt under the back porch stairs and its nights with the dust and stray dog bones under the south end of the boy’s bed was just the right sort of mon­ster for a 10 year-old boy to have. Of course, this also meant that Maya believed in the mon­ster. She was the only adult in Grifter’s Bend who did not sub­scribe to the views of Dr. Sep­tem­ber, the child psy­chol­o­gist. She knew that the mon­sters were as real as the dogs, and the sis­ter’s cats, and the ham­sters in dirty aquar­i­ums that also exist­ed in the boys’ worlds. Our boy, whose name is Duffy Jack­son, is par­tic­u­lar­ly lucky to have Maya in his house from 9 to 6 Mon­day through Sat­ur­day except­ing Wednes­day after­noons, when she goes to see her own mama and get ready for church.

END_OF_DOCUMENT_TOKEN_TO_BE_REPLACED

Not quite a day late, but pret­ty much a dol­lar — or a piece of soft­ware and a mar­gin change — short.

So with­out fur­ther ado — or prop­er ink­ing — I give you the first install­ment of The Big G. 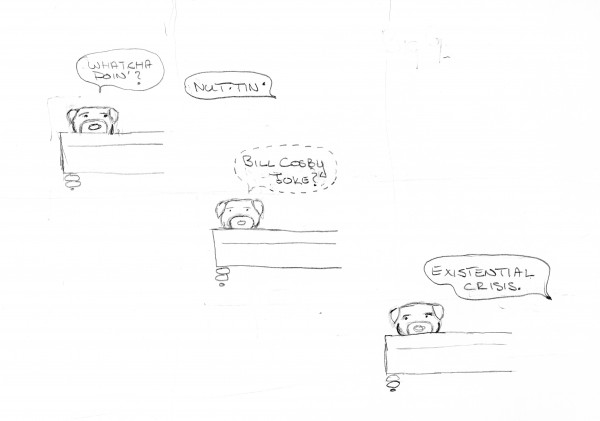 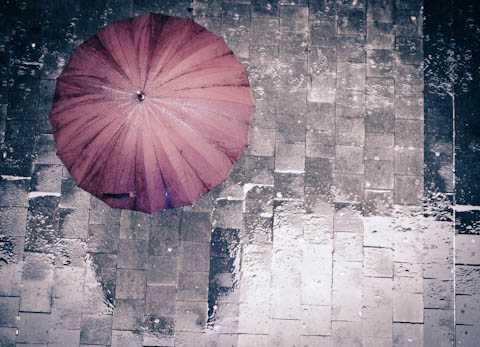 Tomas looked down from the balcony.

This house, the house he’d grown up in, was old, fad­ed. The cool blues and sweet mel­ons of his child­hood for­got­ten and replaced with dry grays and dingy mus­tards. It was as if his moth­er had tak­en all of the col­or with her when she left. Papa had told them that she died. Sud­den­ly one night when Tomas was 12 and Hugo had just turned 4.

Tomas had believed Papa and Hugo had not. And that is all you need to know about the two Clau­dio brothers.

END_OF_DOCUMENT_TOKEN_TO_BE_REPLACED

When I left, it was winter.

I had arrived on a clear cold August night. Stop­ping on the butte over­look­ing the canyon, I won­dered if there was any rea­son not to sim­ply con­tin­ue rid­ing north.

First line cour­tesy of The Ora­cle. But yours won’t be the same.